Law maker wonders if we can change the moon's orbit to fight climate change. podrock June 9, 2021 10:33 am (CurrentEvents)

What if Planet 9 is a Baby Black Hole?
They may not be black or holes.
By Paul M. Sutter | Astrophysicist at SUNY Stony Brook and the Flatiron Institute

March 17, 2021 | Some astronomers believe there is a massive planet, far beyond the orbit of Neptune, orbiting the sun — but after years of searching, scientists have not found this theoretical world, which they’ve dubbed “Planet Nine.” 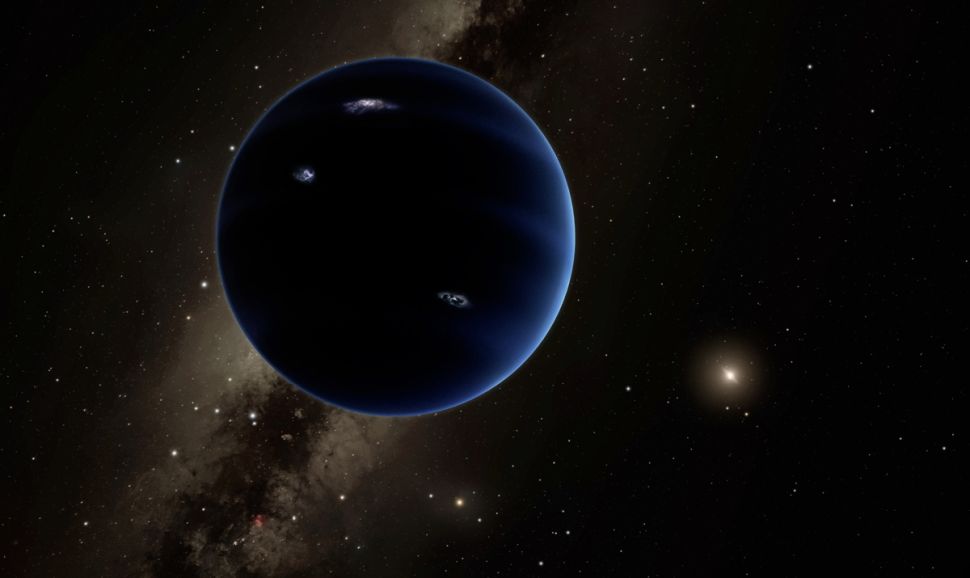 This has spurred theorists to consider a radical hypothesis: Perhaps Planet Nine is not a planet but rather a small black hole that might be detectable from the theoretical radiation emitted from its edge, so-called Hawking radiation.

For centuries, astronomers have used variations in planetary orbits to predict the existence of new planets. When a planet’s orbit doesn’t quite line up with predictions based on everything else we know about the solar system, we need to update our physics (by, say, getting a better theory of gravity) or add more planets to the mix. For example, scientists’ inability to accurately describe Mercury’s orbit eventually led to Einstein’s theory of relativity. And, on the opposite end of the solar system, strange behaviors in the orbit of Uranus led to the discovery of Neptune.

In 2016, astronomers studied a collection of extremely distant objects in the solar system. Called trans-Neptunian objects (TNOs), these tiny, icy bodies are left over from the formation of the solar system, and they sit in a lonely, dark orbit beyond that of Neptune (hence the name).

A few of these TNOs have oddly clustered orbits that align with one another. The probability of that clustering happening by pure random chance is less than 1%, which led some astronomers to suspect that there might be a massive planet out there — something bigger than Neptune that orbits more than 10 times farther from the sun than Neptune does. They dubbed this hypothetical world Planet Nine. The gravity from such an object could draw these TNOs into clustered orbits, the idea goes.

The evidence for Planet Nine isn’t conclusive, though. The observations of TNOs may be biased, so astronomers may not have monitored a fair sample, meaning the odd clustering may be an artifact of our observation strategy rather than a real effect. For instance, researchers reported in February that the evidence for Planet Nine — particularly the clustering of TNOs — could be the result of where astronomers point their telescopes, Live Science reported. In other words, these TNOs only appear to be clustering because of our “biased” observations.

Plus, there’s the glaring reality that, after almost five years of searching, nobody has found Planet Nine.