March 17, 2021 | Russian scientists have deployed a giant telescope into the frigid depths of Lake Baikal in southern Siberia to search for the tiniest known particles in the universe. 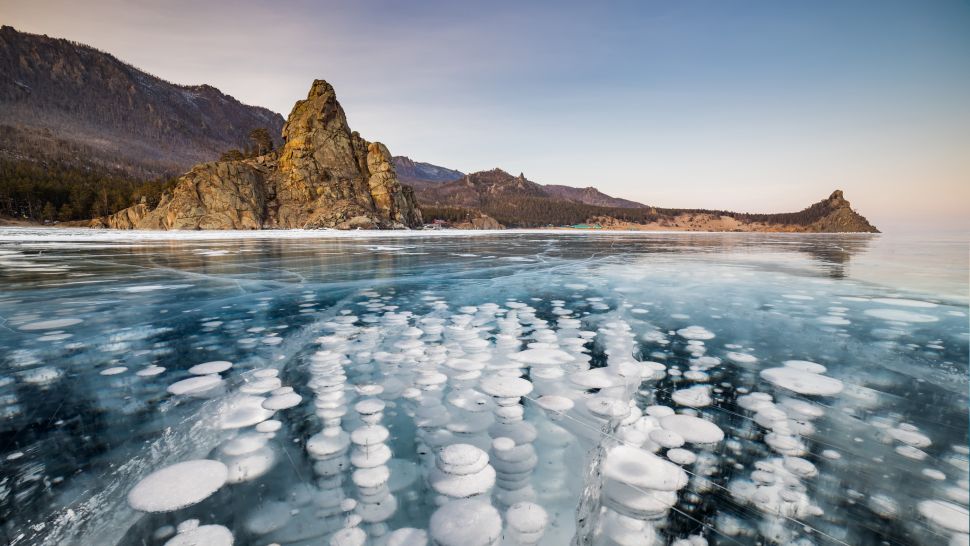 Bubbles freeze over in Lake Baikal during the winters in southern Siberia. (Image credit: Anton Petrus via Getty Images)

The telescope, Baikal-GVD, is designed to search for neutrinos, which are nearly massless subatomic particles with no electrical charge. Neutrinos are everywhere, but they interact so weakly with the forces around them that they’re hugely challenging to detect.

That’s why scientists are looking under Lake Baikal, which, at 5,577 feet (1,700 meters) deep, is the deepest lake on Earth. Neutrino detectors are typically built underground to shield them from cosmic rays and other sources of interference. Clear freshwater and thick, protective ice cover make Lake Baikal an ideal place to search for neutrinos, researchers told the news service AFP on March 13.