Absolutely classic upslope. You could put this in a textbook. It’s got everything!

The low slid up out of New Mexico over night. Well, actually two lows; the surface low and the upper level, jet-stream detached low. They met up in Southeastern Colorado and got married. They call it “stacking,” but, whatever. You can see them dancing in this image, flinging band after band of gulf moisture into the Front Range, where the continental divide interferes, driving moist warm moisture up, ringing it out like a squished sponge. 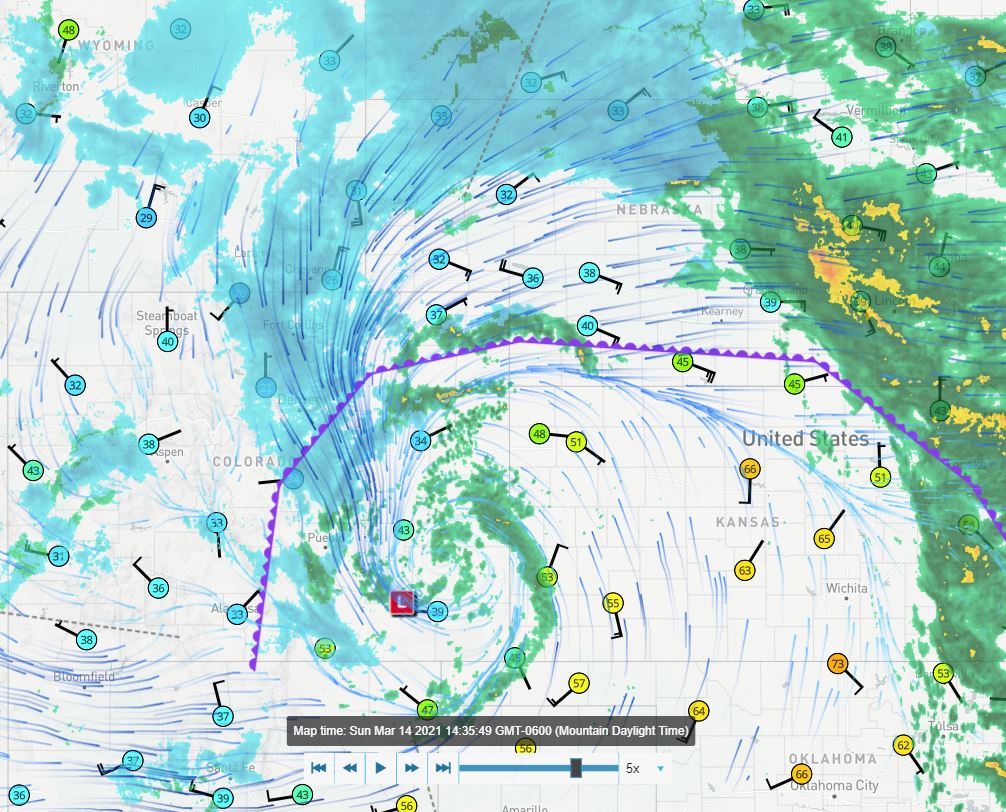 When the cold front developed and the driving winds became slightly oblique to the mountains as a NE wind, a barrier jet developed. You can see how the wind converges and flows south along the mountain front. Hence the blizzard warning till midnight.

I’m still holding to my under bet compared to the March storm of aught 3 (which those who shoveled it get to talk about it.) But it is snowing hard right now (14 inches), I’ve cleaned the walks twice, we went snowshoeing, and are grazing on a pot of sweet mild chili while the electricity flickers. ‘Tis a privilege, after all, to live in Colorado.