Artemis: How Ever-changing US Space Policy may Push Back the next Moon Landing
This article was originally published at The Conversation. The publication contributed the article to Space.com’s Expert Voices: Op-Ed & Insights.
By Gareth Dorrian | Post Doctoral Research Fellow in Space Science, University of Birmingham

March 7, 2021 | Harrison Schmitt and Eugene Cernan blasted off from the Taurus-Littrow valley on the Moon in their lunar module Challenger on December 14 1972. Five days later, they splashed down safely in the Pacific, closing the Apollo 17 mission and becoming the last humans to visit the lunar surface or venture anywhere beyond low-Earth orbit.

Now the international Artemis programme, lead by Nasa, is aiming to put humans back on the Moon by 2024. But it is looking increasingly likely that this goal could be missed. 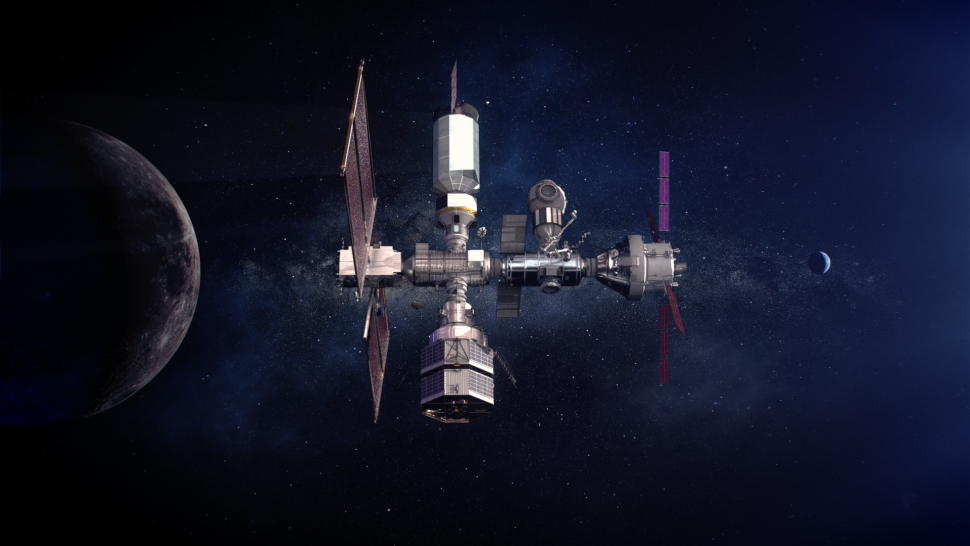 History shows just how vulnerable space programmes, which require years of planning and development spanning several administrations, are. After Apollo 17, Nasa had plans for several further lunar Apollo missions, even including a possible flyby of Venus. But budget cuts in the early 1970s and a reprioritising of human spaceflight to focus on the Skylab project precluded any further lunar missions at that time.

It was not until July 20 1989, the 20th anniversary of the Apollo 11 landing, that President HW Bush inaugurated the Space Exploration Initiative. This involved the construction of a space station called Freedom, which would later become the International Space Station, aimed at returning humans to the Moon, and eventually undertaking crewed missions to Mars.

The project was to take place over an approximately 30-year time frame. The first human return flights to the Moon would take place in the late 1990s, followed by the establishment of a lunar base in the early 2010s. The estimated cost for the full programme, including the Mars missions, was US$500 billion (£350 billion) spread over 20-30 years. This was a fraction of what would be spent on the Iraq War in 2003 but, the project nevertheless ran into opposition in the Senate, and was later cancelled by the Clinton administration in 1996.

More:
The future of Artemis