Black Holes could be Dark Stars with ‘Planck Hearts’
They may not be black or holes.
By Paul Sutter | astrophysicist – SUNY Stony Brook | Flatiron Institute, New York

March 8, 2021 | Black holes, those gravitational monsters so named because no light can escape their clutches, are by far the most mysterious objects in the universe. 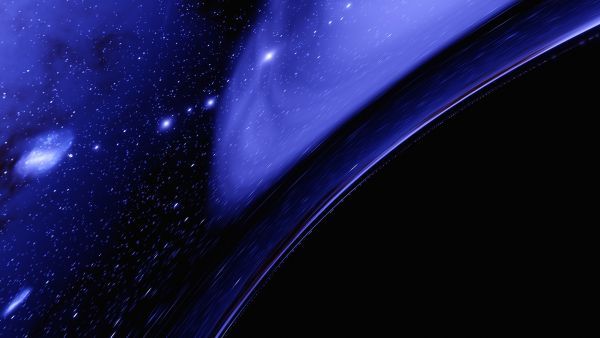 Black holes’ with Planck hearts would lack a true event horizon (like the one illustrated in this image). (Image credit: AleksandrMorrisovich/Shutterstock)

But a new theory proposes that black holes may not be black at all. According to a new study, these black holes may instead be dark stars home to exotic physics at their core. This mysterious new physics may cause these dark stars to emit a strange type of radiation; that radiation could in turn explain all the mysterious dark matter in the universe, which tugs on everything but emits no light.