February 22, 2021 | Cosmologists are pressing rewind on the first instant after the Big Bang by simulating 4,000 versions of the universe on a massive supercomputer. 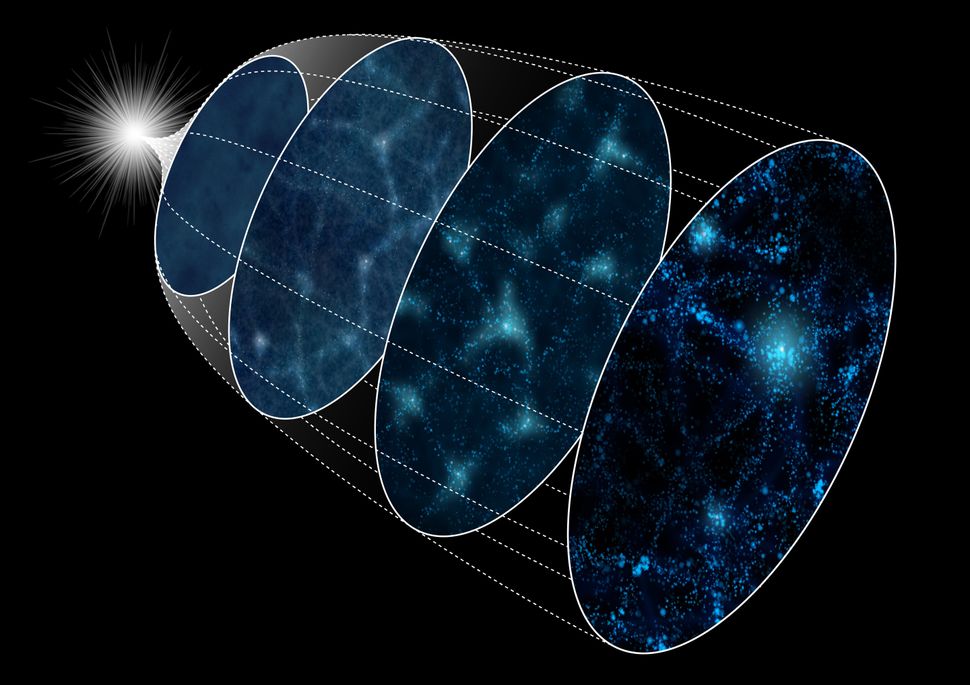 Diagram of the evolution of the universe from the inflation (left) to the present (right). The reconstruction method winds back the evolution from right to left on this illustration to reproduce the primordial density fluctuations from the current galaxy distribution. (Image credit: The Institute of Statistical Mathematics)

The goal is to paint a picture of the immediate aftermath of the Big Bang, when the observable universe suddenly expanded 1 trillion trillion times in size in the tiniest sliver of a microsecond. By applying the method used for the simulations to real observations of today’s universe, researchers hope to arrive at an accurate understanding of what this inflationary period looked like.

“We are trying to do something like guessing a baby photo of our universe from the latest picture,” study leader Masato Shirasaki, a cosmologist at the National Astronomical Observatory of Japan (NAOJ), wrote in an email to Live Science.