Watch NASA Light a Fire on a Spaceship on Purpose. You Know, for Science.
Don’t panic, it’s on purpose.
By Elizabeth Howell | Space.com Contributing Writer

February 11, 2021 | A fiery experiment deliberately lit in a cargo spacecraft last month monitored larger and more dynamic flames than most previous efforts to learn how fire works in space have.

The Spacecraft Fire Safety Experiment-V (Saffire-V), which occurred after a Northrop Grumman Cygnus spacecraft departed the International Space Station on Jan. 6, is the latest in a series of fire studies to protect astronauts on long-term missions. 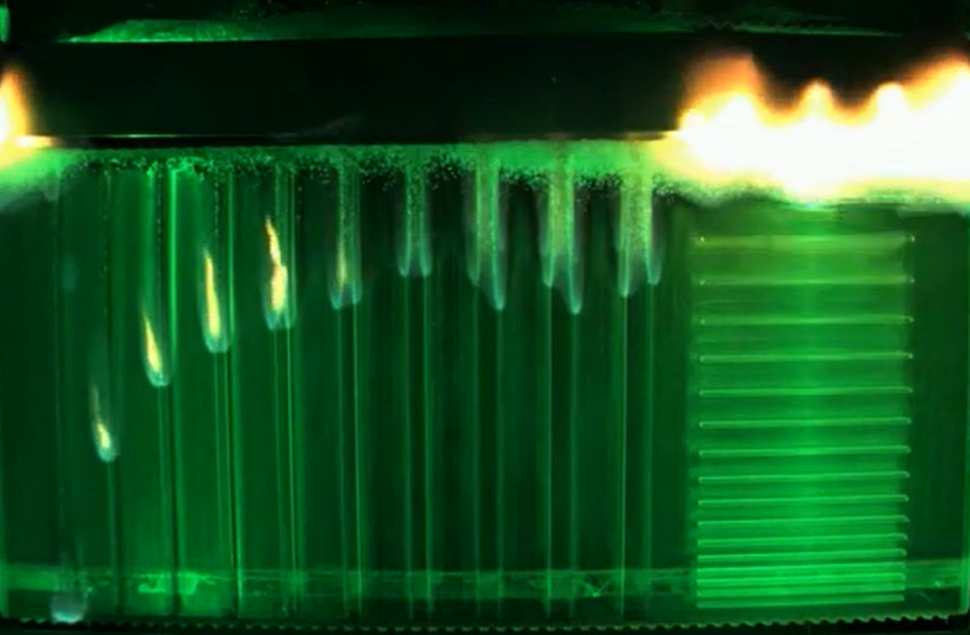 Saffire-V lasted 26 hours, then the Cygnus spacecraft, which was filled with trash, burned up safely in Earth’s atmosphere as planned.

The experiment involved lowering the spacecraft pressure and filling it with oxygen similar to what humans may breathe in future spacecraft. Sensors embedded in the spacecraft, along with cameras, measured temperature variations, oxygen levels and flame growth. The data could improve fire detection and assist with cleanup after a fire, NASA said in a statement.