Law maker wonders if we can change the moon's orbit to fight climate change. podrock June 9, 2021 10:33 am (CurrentEvents)

February 16, 2021 | The earliest megalithic circle at Stonehenge was first built in the west of Wales more than 5,000 years ago, before its stones were dug up and dragged over 140 miles (225 kilometers) to its present site in the west of England, new research suggests. 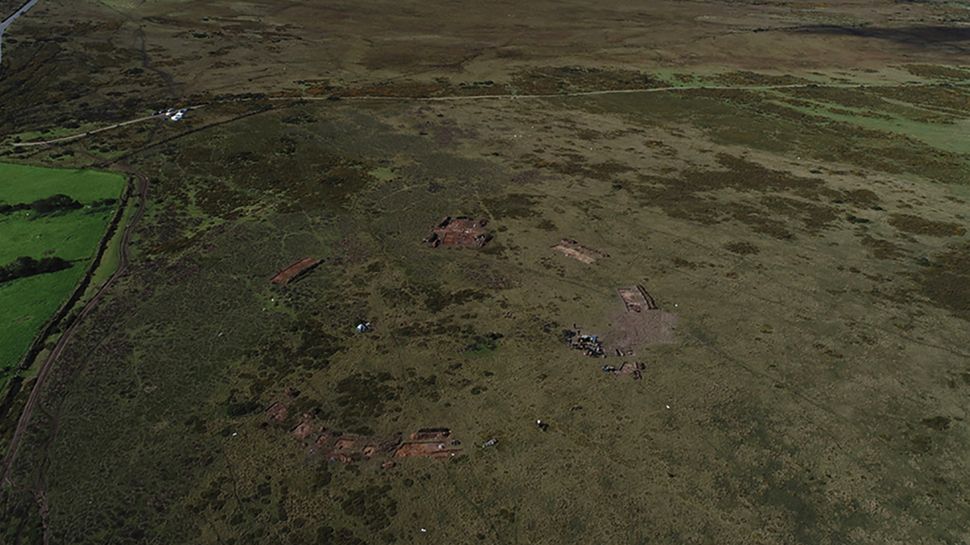 Excavations have shown that the ruined Neolithic monument at Wuan Mawn in southwest Wales was originally an entire circle of local stones with exactly the same diameter of the very first stone circle at Stonehenge.
(Image: © A. Stanford)

The findings also support a wild legend that the mythical wizard Merlin ordered giants to move Stonehenge from Ireland and rebuild it in its current location.

The researchers discovered the remains of the original stone circle in the Preseli Hills in Wales, near the ancient quarries where geologists have determined that Stonehenge’s famous bluestones were cut. The new study, published Thursday (Feb. 11) in the journal Antiquity, suggests that the bluestones that formed the first stage of Stonehenge may have symbolized the ancestors or lineages of the Neolithic people who lived near the quarries, which may have been why they took the stones with them when they left for a far-off region.