Could there be a Cluster of Antimatter Stars Orbiting Our Galaxy?
Antimatter shed by anti-stars could even be detectable here on Earth.
By Paul Sutter | Astrophysicist

February 9, 2021 | We don’t know why the universe is dominated by matter over antimatter, but there could be entire stars, and maybe even galaxies, in the universe made of antimatter. 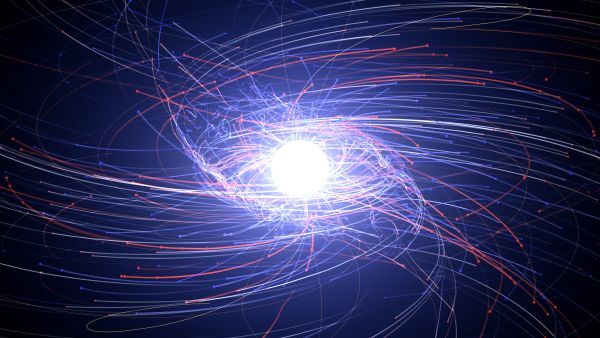 Electrons and their antimatter counterparts, positrons, interact around a neutron star in this visualization. Why is there so much more matter than antimatter in the universe we can see? (Image credit: NASA’s Goddard Space Flight Center)

The anti-stars would continuously shed their antimatter components out into the cosmos, and could even be detectable as a small percentage of the high-energy particles hitting Earth.