January 22, 2021 | The universe may be filled with “mirror” particles — and these otherwise-undetectable particles could be shrinking the densest stars in the universe, turning them into black holes, a new study suggests. 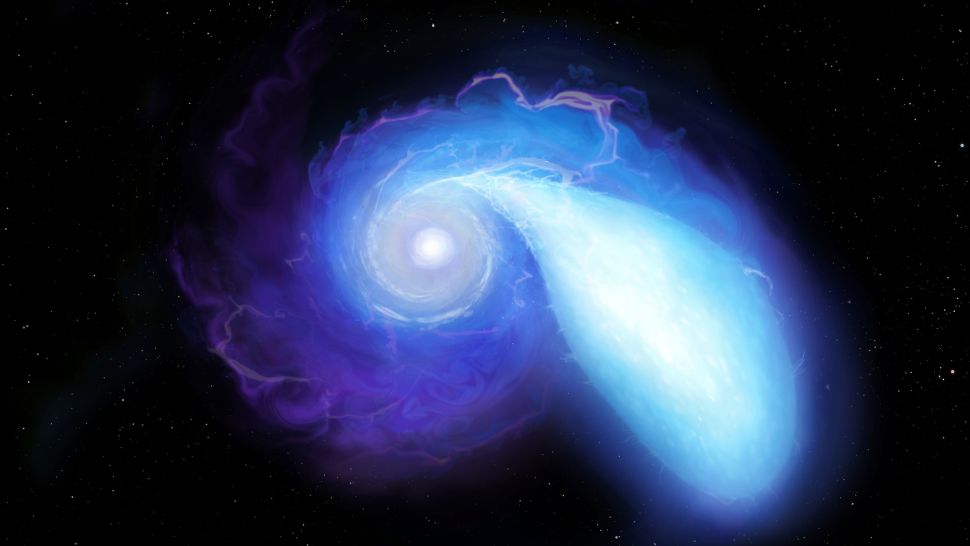 Neutron stars are essentially city-size atomic nuclei composed of individual neutrons crammed together just about as tightly as possible. Shown here, an illustration of a neutron star whose gravity is distorting its neighbor, a white dwarf star.
(Image: © Mark Garlick/Getty Images)

These hypothetical evil twins of ordinary particles would experience a flipped version of the laws of physics, as if the rules that govern known particles were reflected in a looking glass. According to a new study, published in December 2020 in the preprint database arXiv but not yet peer-reviewed, if these particles exist, they would be shrinking the densest stars in the universe into black holes.

Through the looking glass
Several fundamental symmetries in nature give rise to the laws of physics. For example, the ability to move an experiment or interaction in space and have the same outcome leads to conservation of momentum.

But not all forces play along.

More:
Through the looking glass
The heart of the star
Neutrons’ evil twins