Scientists Spot 6 Alien Worlds Orbiting a Star in Strange — but Precise — Harmony
The planets around the star TOI-178 know how to keep a beat.
By Meghan Bartels | SPACE.com Senior Writer

January 25, 2021 | | The planets around a star called TOI-178 know how to keep a beat — so smoothly, in fact, that scientists were able to discover new alien worlds by deciphering the system’s music. 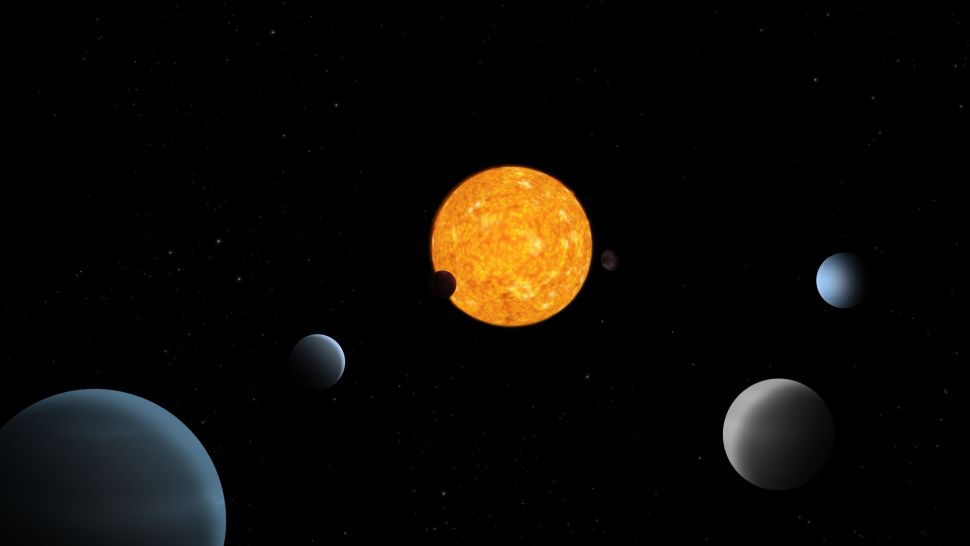 An artist’s depiction of the TOI-178 system. (Image credit: ESA)


Astronomers poring through data from NASA’s Transiting Exoplanet Survey Satellite (TESS) discovered three planets around a star dubbed TOI-178 (TOI stands for TESS Object of Interest). And when scientists looked at these observations more closely, they realized that the worlds seemed to be keeping time against each other. So they recruited some more instruments — and discovered the system hosts at least six planets, five of which tick off orbits in rhythm with the others. And unlike those of other synchronized systems, the planets are an unusually mixed bag.

“It is the first time we observe something like this,” Kate Isaak, project scientist for the European Space Agency’s Characterizing Exoplanet Satellite (CHEOPS), one of those additional instruments, said in a statement released by the University of Bern in Switzerland. “In the few systems we know with such a harmony, the density of planets steadily decreases as we move away from the star. In the TOI-178 system, a dense, terrestrial planet like Earth appears to be right next to a very fluffy planet with half the density of Neptune, followed by one very similar to Neptune.”