It took an attempted coup for him to shed supporters… The racism, the misogyny, the betrayal of allies and love-letters to dictators, the collusion with foreign governments, the caging of kids and kidnapping them, the hundreds of thousands dead, the corruption and nepotism…. none of that was enough… it took a violent attempted coup that failed… (had it succeeded I suspect his numbers would have only had a slight dip) 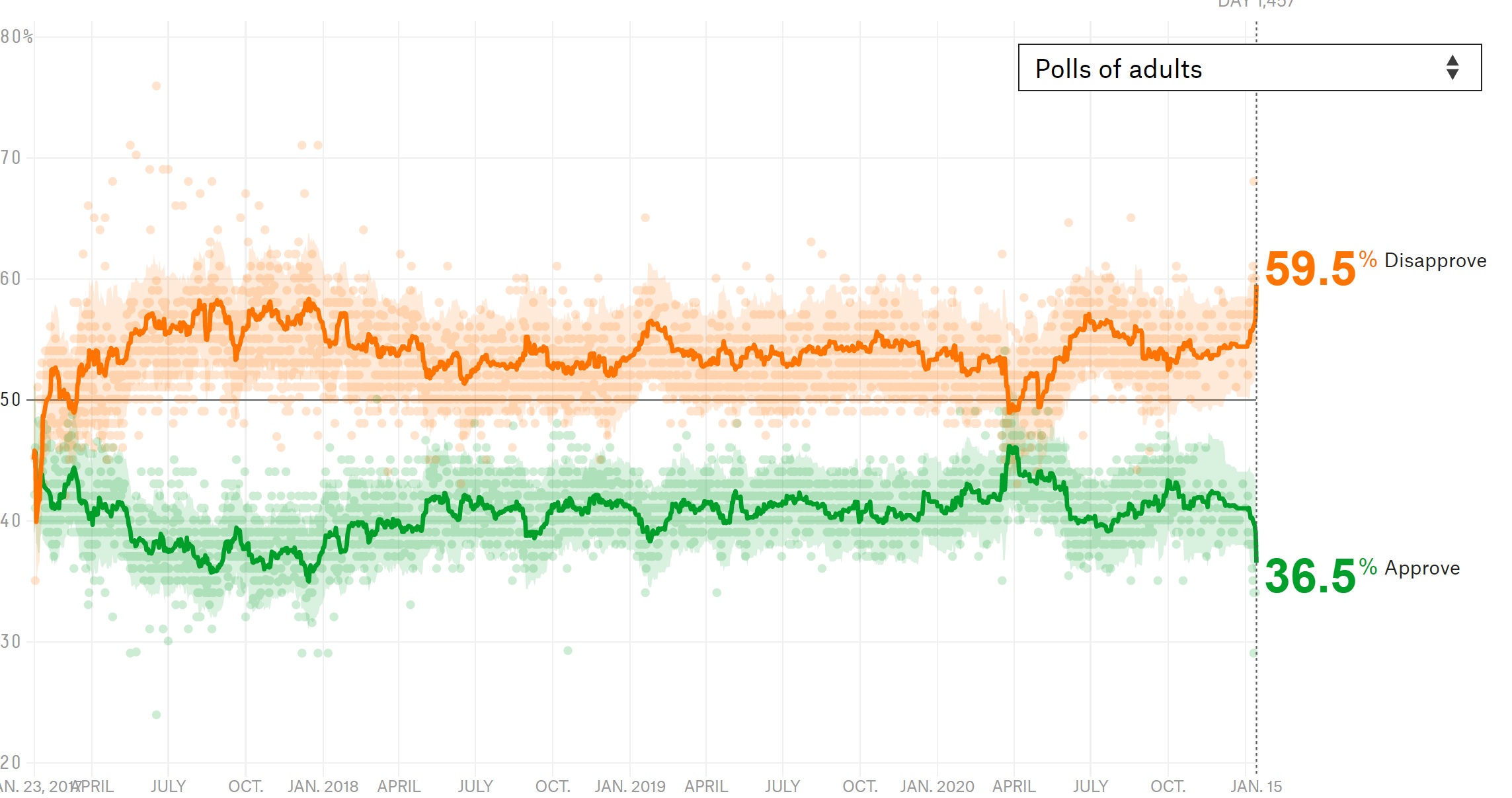