Florida Manatee with ‘Trump’ Scraped into Back Spurs a Federal Investigation
Harassing manatees is a federal crime.
By Stephanie Pappas | Live Science Contributor

January 12, 2021 | A manatee with the word “Trump” scratched into its back has triggered a federal investigation that could end in jail time for the culprit. Whether the mutilation will harm the animal’s long-term health, however, is not yet known. 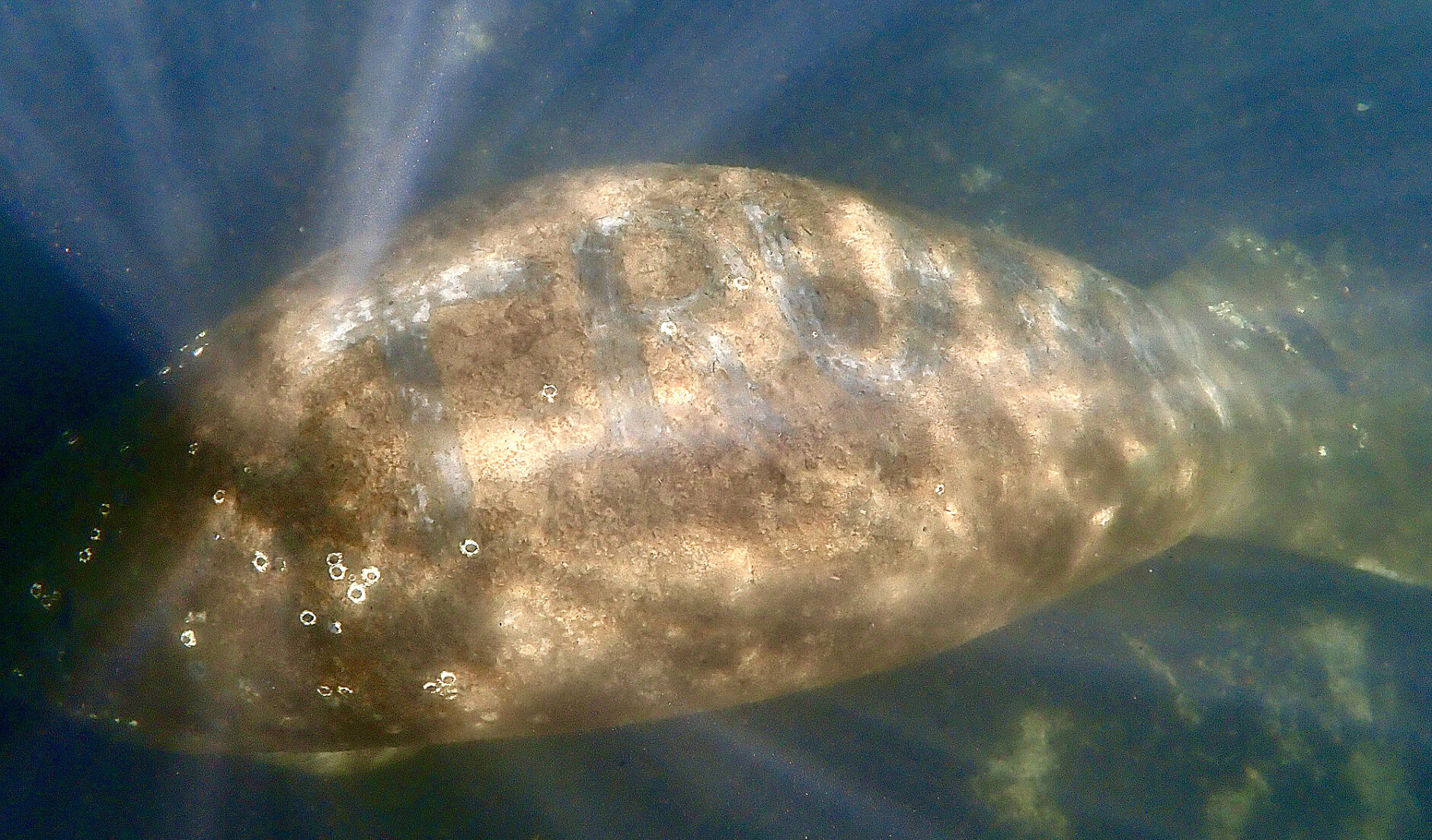 The U.S. Fish and Wildlife Service is investigating the harassment of this manatee. The animal was reported to federal authorities over the weekend when it was discovered with the words “Trump” scrapped in its back. The animal was reported swimming in the Blue Hole, headwaters of the Homosassa River. The USFWS is looking for any information regarding the harassment of this animal. Call the Florida Fish and Wildlife Conservation hotline at 888-404-3922 to report information.
Special to the Chronicle

According to the Citrus County Chronicle, the manatee was found swimming in Blue Hole in the headwaters of the Homosassa River on the Gulf Coast of Florida. In large, capital letters, the word “Trump” stretched across the animal’s back almost from its the manatee’s neck to its tail in large, capital letters. It wasn’t clear how the word was etched and how much damage was done to the manatee’s skin in the process. However, even minor harassment of manatees can lead to major consequences. Late last year, a Florida boat captain was sentenced to 50 hours of community service after poking a manatee on the back with a fishing pole.

Manatees are listed as “threatened” under the Endangered Species Act, and harassing or harming them is a Class A, federal criminal offense punishable by a $50,000 fine and/or up to one-year in federal prison, Florida Fish & Wildlife (USFW) officer Craig Cavanna, who is heading up the investigation, told the Chronicle. Manatees are also protected by the Marine Mammals Protection Act and by Florida state law.