December 18. 2020 | Two newly discovered fungi species have a similarly macabre mode of action: They eat flies alive while using them to drop spores on new victims. 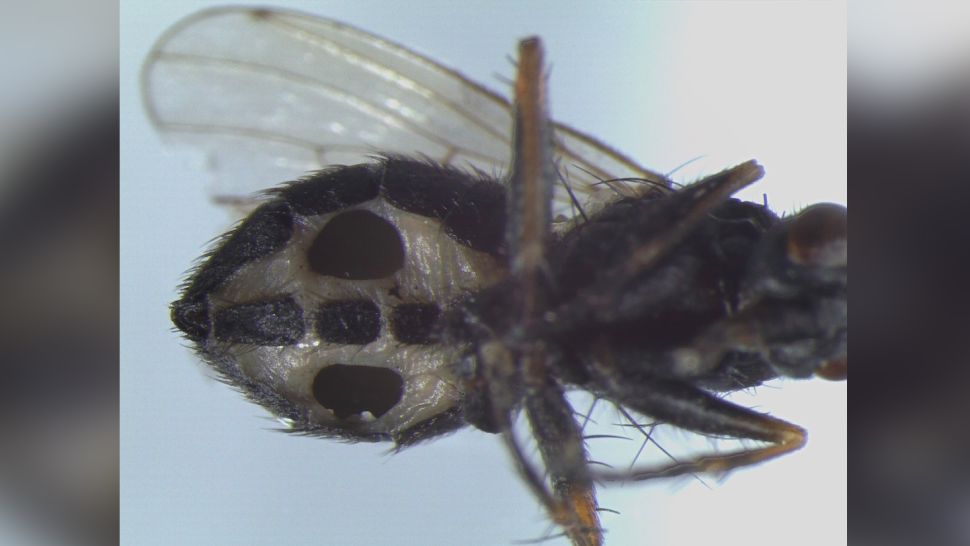 This fly species (Coenosia tigrina) was infected with the fungus Strongwellsea tigrinae, which ripped holes into the fly’s abdomen. The fungus spores can spew through these holes.
(Image: © University of Copenhagen)

The related species, Strongwellsea tigrinae and Strongwellsea acerosa, attack the fly species Coenosia tigrina and Coenosia testacea, which look like ordinary house flies but undergo a horrific change once they’re invaded by the fungi. The fungi eat one or more holes in the abdomens of the flies and then produce clumps of orange spores, which spread by dropping out of the holes.

The infected, now-zombie flies remain alive for days during this process, meaning they inadvertently spread the spores far and wide, particularly when mating with other flies. Meanwhile, the fungi continue to devour the flies alive. Finally, the fungi-ravaged insects collapse to the ground in spasms and die. Even after death, the flies can spread the spores of their killers: The flies’ abdomens gradually crumble, releasing more spores from inside.

More:
Zombie Caterpillars Rain Death From Treetops
Well — they actually “drool” death from any tree branch at any level…