November 24, 2020 | In images from the Hubble Space Telescope, scientists have spotted an entirely new phenomenon. Reaching tens of thousands of light-years into the void of space, vast shadows stretch from the centre of the galaxy IC 5063, as though something is blocking the bright light from therein. 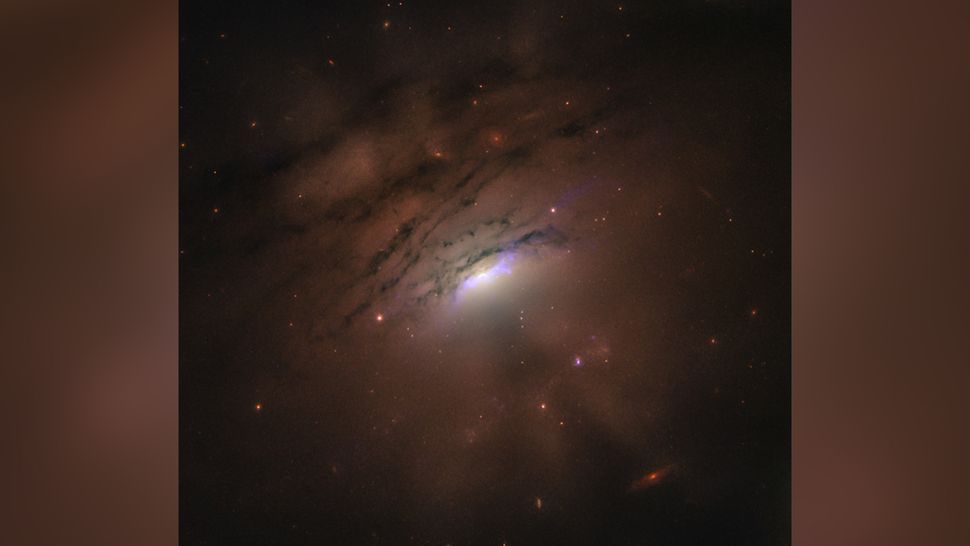 A ring of dusty material surrounding this black hole may be casting its shadow into space, astronomers say.
(Image: © NASA, ESA, STScI and W.P. Maksym (CfA))

You’ve probably seen something very like it before – bright beams from the Sun when it’s just below the horizon and clouds or mountains only partially block its light, known as crepuscular rays. According to astronomers, the shadows from IC 5063 could be something very similar. They’re just a whole lot bigger – at least 36,000 light-years in each direction.

IC 5063, a galaxy 156 million light-years away, is a Seyfert galaxy. This means it has an active nucleus; the supermassive black hole at its centre is busily guzzling down material from a dense accretion disc and torus of dust and gas around it. 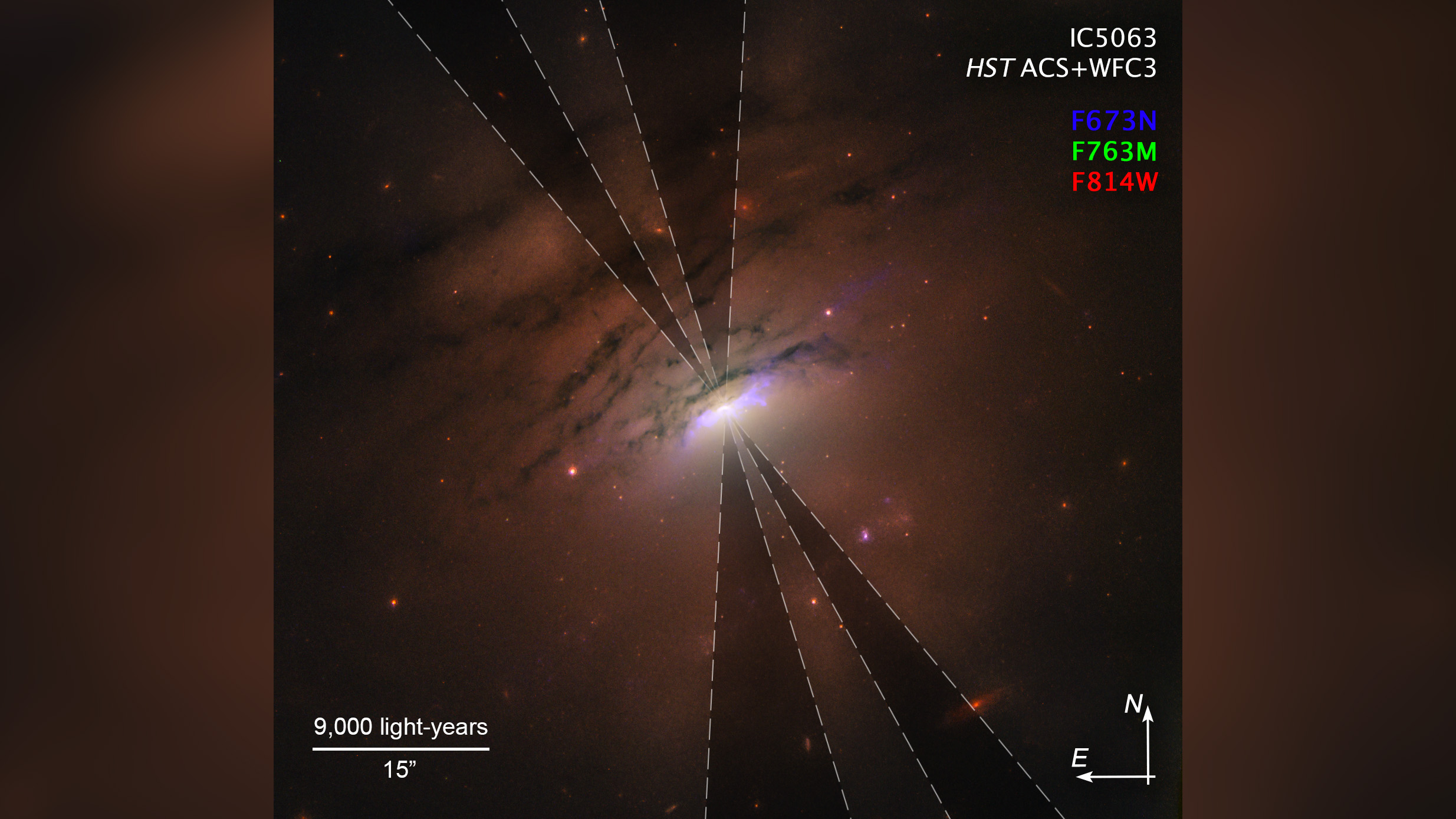 In this Hubble Space Telescope image of the heart of nearby active galaxy IC 5063 reveals a mixture of bright rays and dark shadows coming from the blazing core, home of a supermassive black hole. (Image credit: NASA, ESA, STScI and W.P. Maksym (CfA))

Although the supermassive black hole itself gives off no light, the intense forces involved in this massive accretion process generate so much heat and light from the region around the black hole that the galactic nucleus absolutely blazes across space. It’s this light, astronomers think, that is being shadowed. The obstruction? Likely caused by dust.