Some interesting moves in Gold and Silver Markets lately.

After ascending to a high of nearly 50 dollars back in 2012, silver dropped to $17 dollars and bounced around that for years. In December of last year, it dropped to nearly $12, a ten year low. Since then it has been climbing and the last few weeks it has been shooting up, closing above $29. That’s a big jump.

Gold is at an all time high after remaining mostly stable for many years. 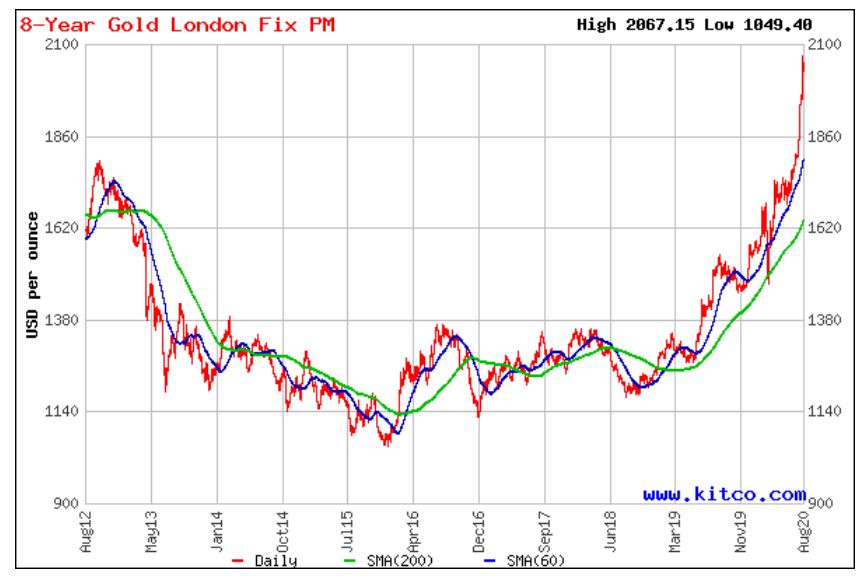 I don’t mind rising prices for these metals but rapid movements concern me.