Pluto’s Wispy Atmosphere May Be Surprisingly Robust
The dwarf planet’s blue-tinged air may punch far above its weight.
By Mike Wall | Senior Writer

SPACE.COM – May 14, 2020 | The thin atmosphere of Pluto may be far more resilient than scientists thought.

The dwarf planet’s thin shell of air is generated by the vaporization of surface ices, which leads to the lofting of nitrogen and small amounts of methane and other gases. That vaporization is driven by sunlight, the intensity of which varies greatly during Pluto’s highly elliptical, 248-year-long trek around the sun. 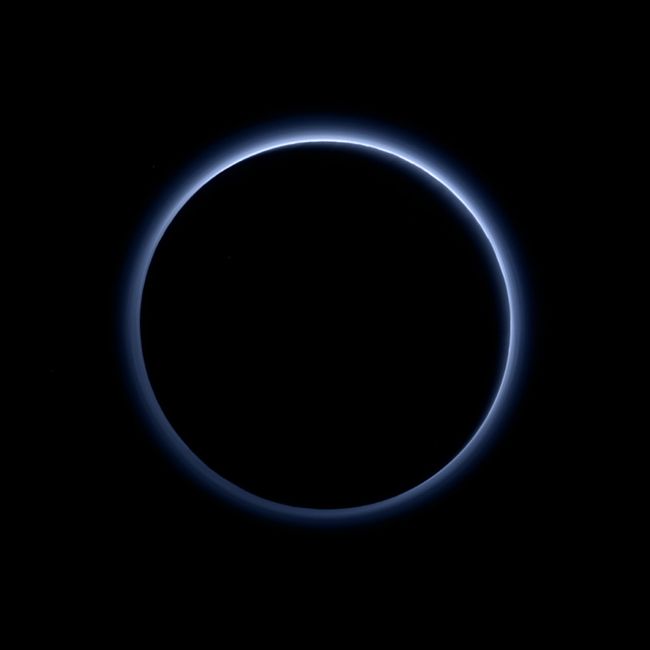 Many scientists have thought that Pluto’s atmosphere waxes and wanes dramatically as a result, probably even collapsing completely when the dwarf planet is at its farthest from the sun. However, recently published results based on observations by NASA’s Stratospheric Observatory for Infrared Astronomy (SOFIA) may force scientists to rethink such notions.

“Now, we’re questioning if Pluto’s atmosphere is going to collapse in the coming years — it may be more resilient than we thought,” study lead author Michael Person, director of the Massachusetts Institute of Technology’s Wallace Astrophysical Observatory, said in a statement this week.