Scientists have spotted evidence of Jupiter-like stripes in the thick atmosphere of a nearby brown dwarf, a new study reports — and this evidence was gathered in a novel way. 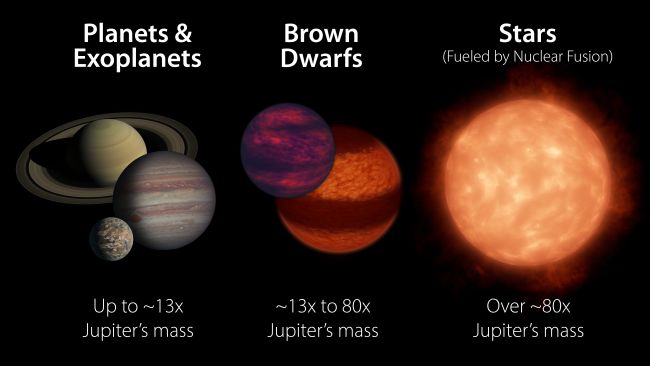 Brown dwarfs are bigger than planets but not big enough to host fusion reactions in their interiors. For this reason, these curious objects are also known as “failed stars.”

NASA’s recently retired Spitzer Space Telescope previously detected banding patterns on multiple brown dwarfs, by tracking in detail how the objects’ brightness varied over time. But in this new study, scientists inferred banding via polarimetry, the measurement of polarized light.

Polarized light oscillates in the same direction rather than in multiple, random avenues the way “normal” light does. Polarimetric instruments take advantage of this alignment, much as polarized sunglasses do to reduce the glare of light from Earth’s star.

The study team used a polarimetric instrument on the European Southern Observatory’s Very Large Telescope (VLT) in Chile to study the brown dwarf Luhman 16A, which is about 30 times heftier than Jupiter. The failed star is part of a brown-dwarf binary; it and its similar-sized partner, Luhman 16B, are the nearest such pair to Earth, a mere 6 light-years away.