On Feb. 14, 1990, NASA’s Voyager 1 spacecraft captured one of the most iconic photographs of the space age; to commemorate the moment’s 30th anniversary, NASA has digitally dusted off the image.

Known as the “Pale Blue Dot” photo, the original image showed Earth as a tiny speck within a band of brightness caused by sunlight striking the spacecraft’s instrument. The photograph was the result of a campaign led by scientist Carl Sagan to convince NASA to turn Voyager 1 around and take a photo of the planet where its story began. Just 34 minutes later, according to NASA, the spacecraft’s camera shut down so the probe could save power. 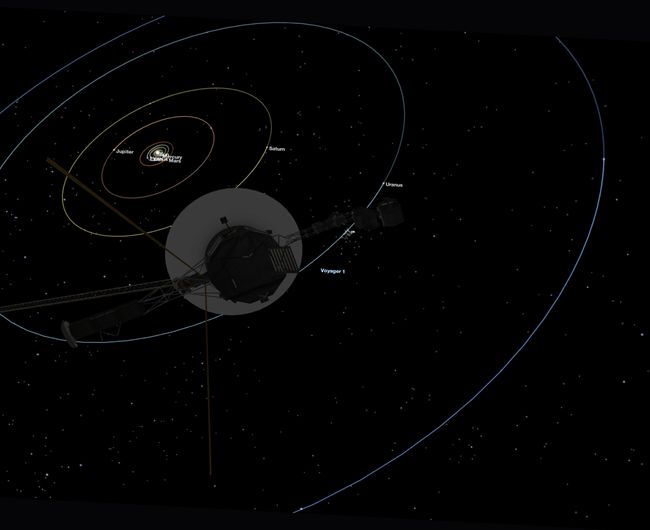 (Image credit: NASA/JPL-Caltech)
An artist’s illustration showing where Voyager 1 and the planets were when the spacecraft took the iconic “Pale Blue Dot” image.

During the same imaging sequence, Voyager 1 also photographed five other planets and the sun, in a total of 60 images that NASA nicknamed “The Family Portrait of the Solar System.”