Today in Trump:"I’ve done more for Black Americans, in fact, than any President in U.S. history, with the possible exception of another Republican President, the late, great, Abraham Lincoln...and it’s not even close." RL June 3, 2020 7:34 am (CurrentEvents)

Some in the armed forces take their oath seriously RL June 2, 2020 9:50 pm (CurrentEvents)

"Let me be clear: The President just used a Bible, the most sacred text of the Judeo-Christian tradition, and one of the churches of my diocese, without permission, as a backdrop for a message antithetical to the teachings of Jesus" RL June 1, 2020 10:21 pm (CurrentEvents)

The heart is pumping nitrogen-dominated air around Pluto, according to a new study. 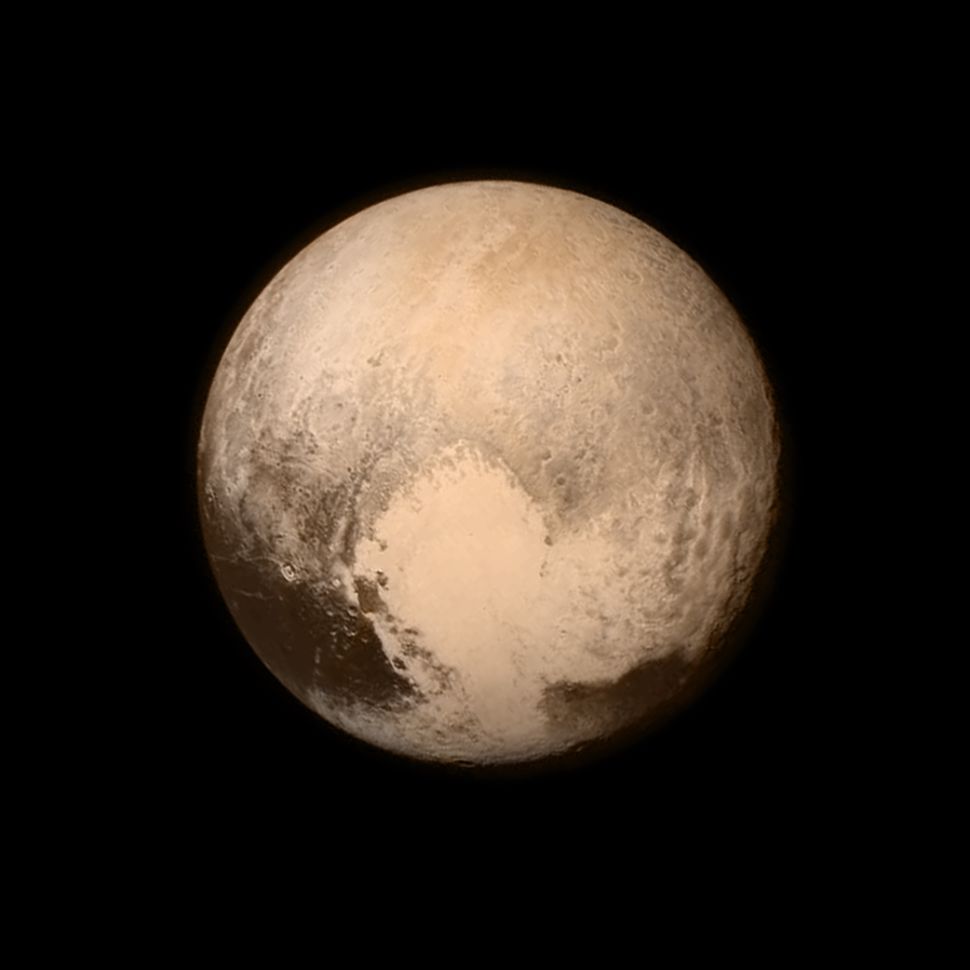 Most of the action comes courtesy of the heart’s left lobe, a 600-mile-wide (1,000 kilometers) nitrogen-ice plain called Sputnik Planitia. This exotic ice vaporizes during the day and condenses into ice again at night, causing nitrogen winds to blow, the researchers determined. (Pluto’s atmosphere is dominated by nitrogen, like Earth’s, though the dwarf planet’s air is about 100,000 times thinner than the stuff we breathe.)