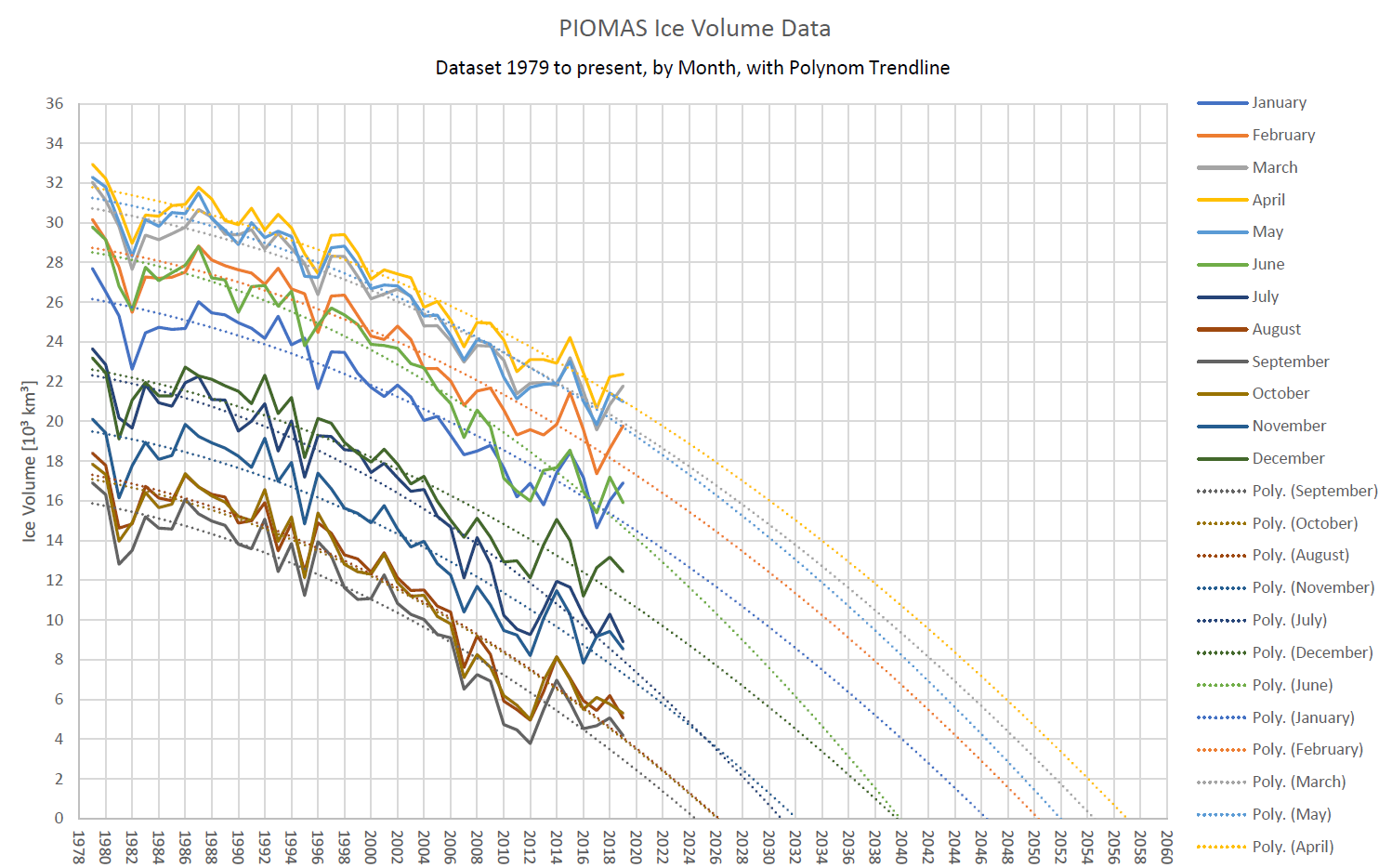 The dotted lines are polynomial curves fitted through the existing data and extrapolated into the future.

Most of the data published here show linear regressions fitted to the data, but it looks to me like the polynomial curves not only fit the existing data better, but are a more convincing predictor of future conditions.

What do you think?

In the last half-century, the total September ice volume of the Arctic Ocean has dropped to about a quarter of what it was when we started getting satellite data in the late 1970s.