Space Weather Report
…The Amazing “Out There”…

For images in original size, just open them in a new tab/page.

The Sun is the center of the solar system and the most important energy source for life on Earth. From time to time, the Sun emits bursts of radiation, high-speed electrons and protons, and other highly energetic particles into space — phenomena known as space weather. If a large burst is directed at Earth, these particles and radiation can disrupt the technologies we depend upon. These storms have the potential to interfere with radio transmitters, satellite operations and communications, navigation and GPS, and the electric power grid. 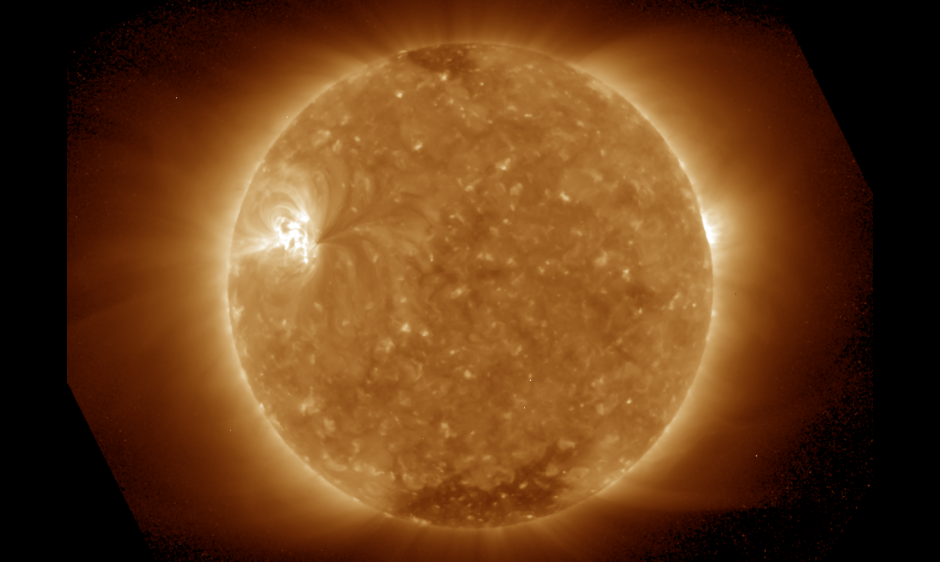 January 13, 2020 | 20:01 UTC: IMPORTANT UPDATE: NOAA has determined that GOES-14 and GOES-15 will be placed into storage on Friday, 31 January 2020. From that point forward, no space weather observations will be available from those satellites. To prepare for this event, the Space Weather Prediction Center (SWPC) will be temporarily halting the production of GOES-14&15 data for 25 hours from 16 UTC on 22 January 2020 through 17 UTC on 23 January 2020. The purpose of this test is to ensure, for our operations, that we are entirely independent of GOES-14&15 before they are turned off for good the following week.

When the particles ejected from the Sun interact with the Earth’s own protective magnetic shield, its magnetosphere, the impact can be observed as aurora. Gases in the upper atmosphere become excited and glow. These are most commonly seen near the Earth’s polar regions where the magnetic field lines guide the charged energy toward Earth. If viewed from high above Earth, they appear as ovals. Images taken by astronauts in the space shuttles show the depth of aurora. Other impacts from this energy pouring into the Earth’s atmosphere, include short-circuiting power grids that cause blackouts, disrupting communications, damaging satellites, and endangering astronauts with radiation. 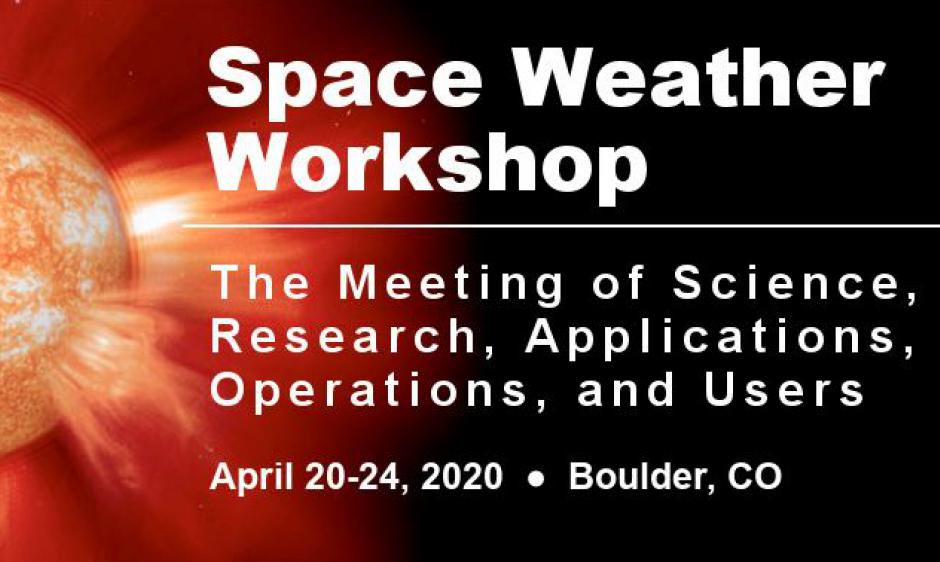 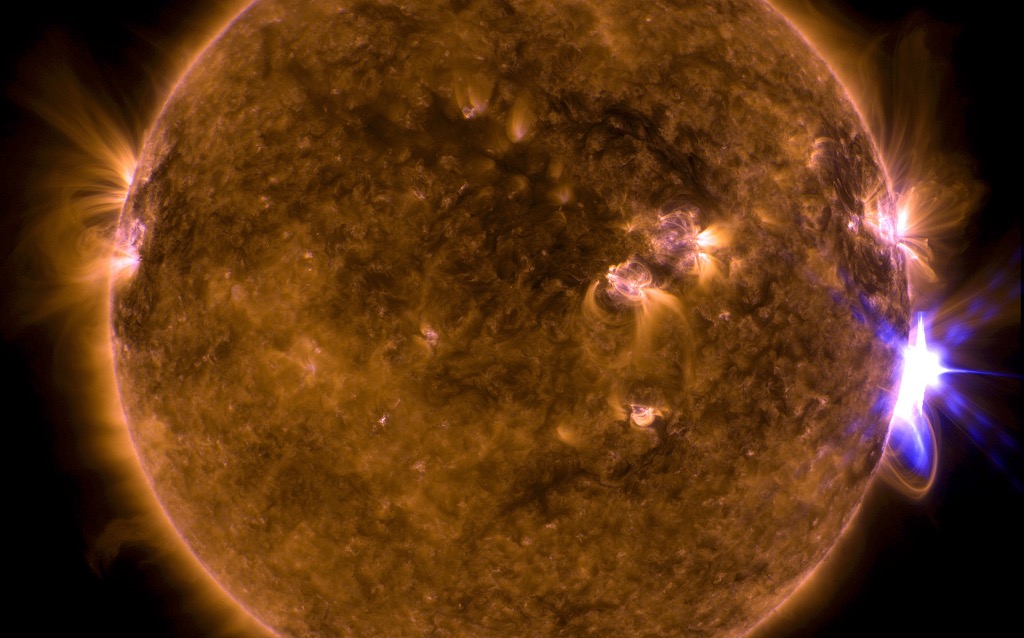 New Jersey Institute of Technology | January 17, 2020 | In September of 2017, a massive new region of magnetic field erupted on the sun’s surface next to an existing sunspot. The powerful collision of magnetic energy produced a series of solar flares, causing turbulent space weather conditions at Earth. Scientists have now pinpointed for the first time exactly when and where the explosion released the energy that heated spewing plasma to energies equivalent to 1 billion degrees in temperature. 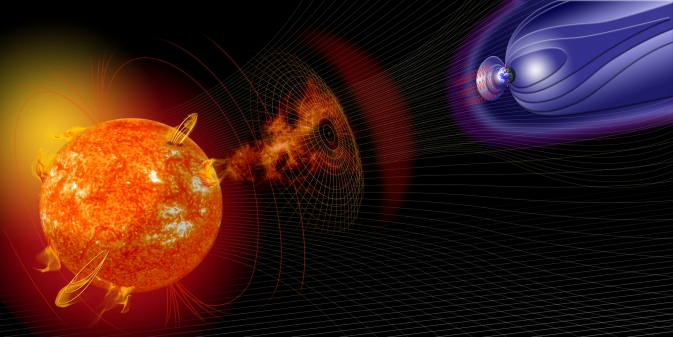 Storms From the Sun

Space weather starts at the sun. It begins with an eruption such as a huge burst of light and radiation called a solar flare or a gigantic cloud of solar material called a coronal mass ejection (CME). But the effects of those eruptions happen at Earth, or at least near-Earth space. Scientists monitor several kinds of space “weather” events — geomagnetic storms, solar radiation storms, and radio blackouts – all caused by these immense explosions on the sun.

To understand how our Sun works, it helps to imagine that the inside of the Sun is made up of different layers, one inside the other. The core, or the center of the Sun, is the region where the energy of the Sun is produced. Even on Earth we know that the Sun produces energy because we see sunlight and we feel hot on a summer day. 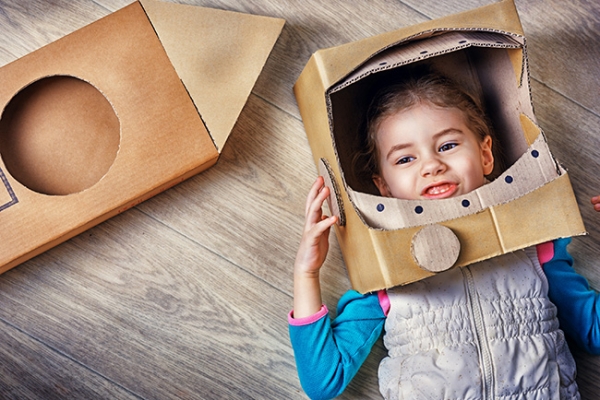 10 Ways to Spark Your Child’s Imagination
By Jamie Jefferson

Some kids get lost in the wonder of their imaginations easily. Others need a little more prompting. In any case, there are many things that parents can do to encourage their children’s creativity.

1. Keep your toys simple.
2. Keep TV and computer games to a minimum.
3. Stock up on art supplies.
4. Value art and creativity in your home.
5. Create art with your children.