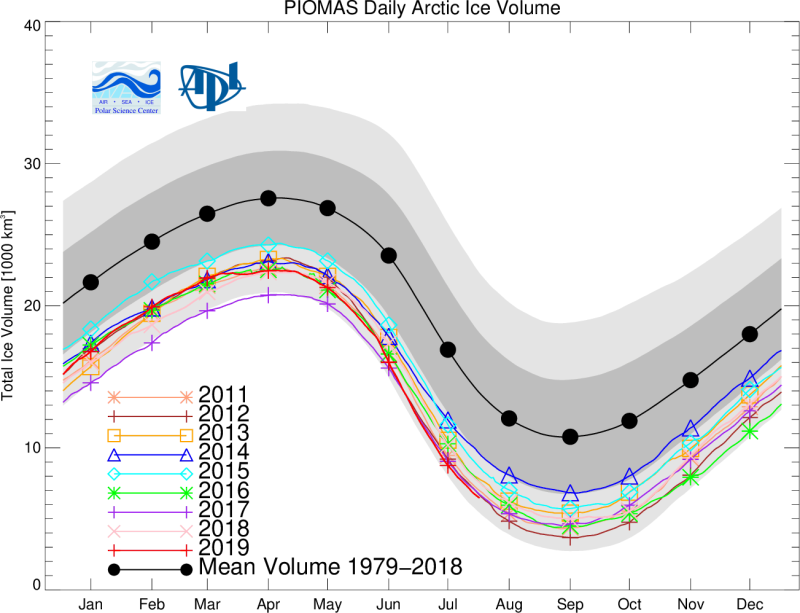 Arctic Sea Ice Volume is the lowest its ever been for this date during the entire satellite era. Whether it will remain below the record 2012 curve until ice minimum in mid-September is not certain, but I’d wager it will, at the very least, dip way below the #2 record low of 2007.

The 2012 crash as been up to now considered an outlier, but it now looks like its fast becoming the new normal.