The official word from Boulder (Nsidc.org)

With extent tracking near 2012 levels and atmospheric conditions conducive to rapid ice loss, it is tempting to speculate whether September extent will drop below the record low observed in 2012. A simple way to investigate this possibility is to project forward from this year’s current extent using ice loss rates from other years to estimate extents through the remainder of the summer. Based on this approach, prospects of a new record low appear slim; a new record low would only occur if loss rates followed those observed in 2012, which were very rapid because of persistent warm conditions through the melt season, with ice loss potentially enhanced by the passage of a strong cyclone in August. 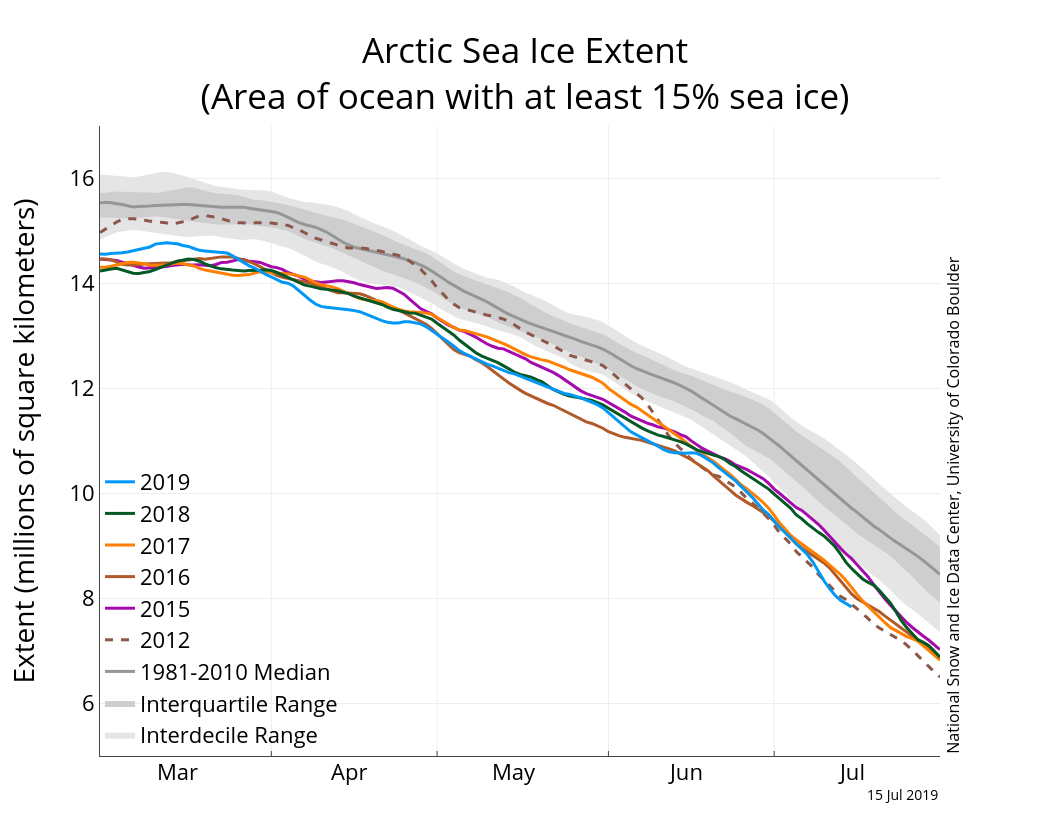 But you know how clever these AGW alarmists are. They like to be conservative so that when nothing happens they can claim they were not being Cassandras, and if something DOES happen they can shout how “things are getting worse faster than predicted”.

The complicity of the Climatological Conspiracy runs deep and wide.