SIA is the total amount of ocean area covered by sea ice. The metric I usually post here is Sea Ice Extent, which is defined as the area covered by at least 15% sea ice. Depending on how the wind blows around floating ice, compacting or dispersing it, the two are highly correlated but not identical. SIE is usually considered the more meaningful metric, and it is more stable (least noisy or volatile), so it is the one most often quoted.

We are now just past the summer solstice, the melt season will get on in earnest now, reaching its peak (minimum SIA and SIE) in mid-September. The last few years have been the lowest in both SIE and SIA since the satellites have been monitoring the Arctic. The all-time record low SIE year (2012) is the bright green line on the chart. Place your bets, gentlemen… 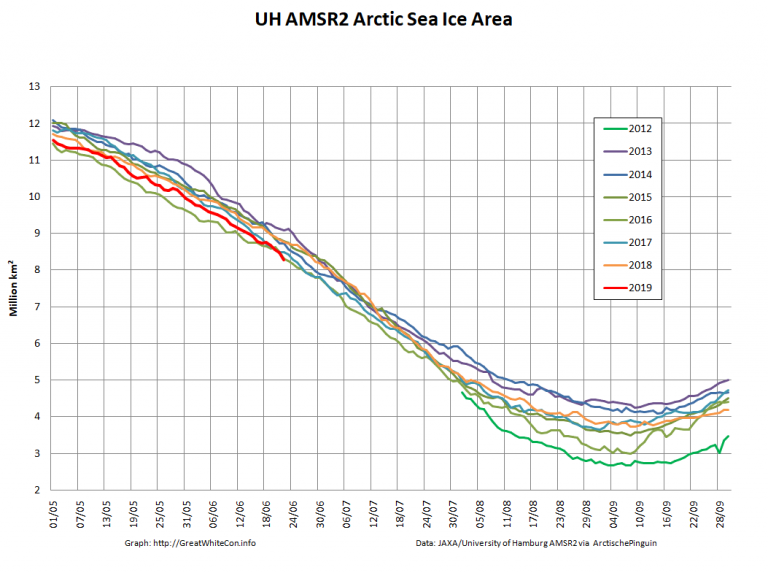 Here is the corresponding graph for SIE: 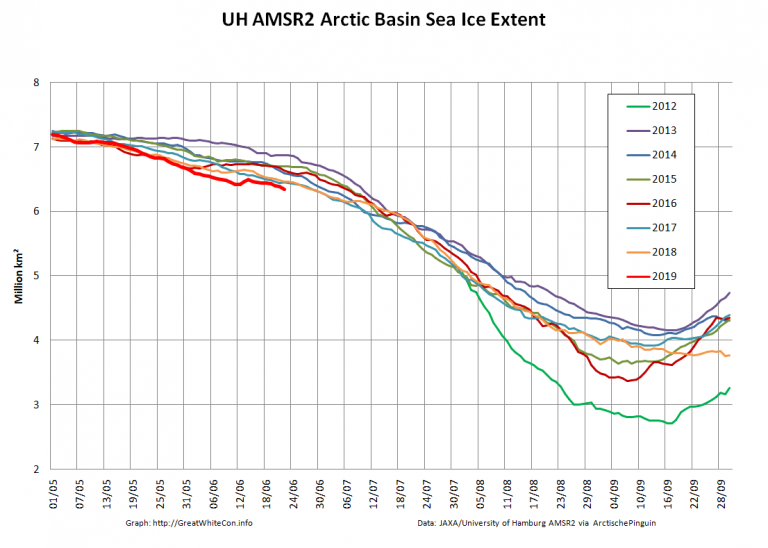